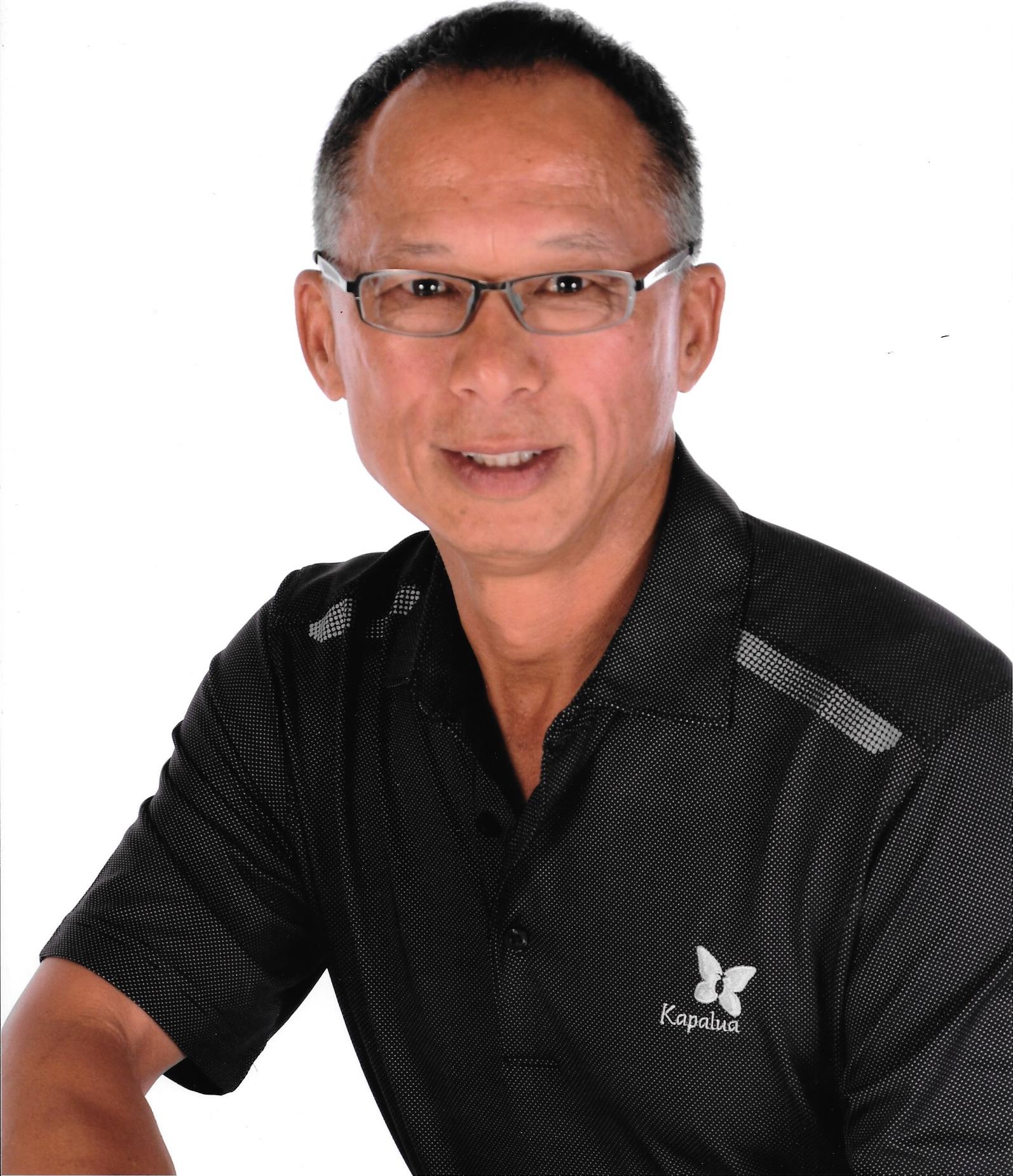 2005 - Celebrating my 25th Wedding Anniversary with my wife, Wendy. Coldwell Banker Westburn Realty awarded #2 Office for Coldwell Banker Canada. My son, Elliot is now 19 years old and my youngest client who has purchased his 1st 1 bedroom condo in the Brentwood Mall area.

2007 - In January I purchased another REIP #6, an old duplex with my son in Sapperton, New Westminster and started renovating. May 1st. renovations to the Sapperton duplex are finally finished and rented out. Coldwell Banker Westburn Realty awarded #2 Office for Coldwell Banker Canada.

2008- In September in the midst of the global economic crisis, I walked my talk and reacted to the opportunity of the dropping market. I purchased #9 REIP bachelor suite condo in Highgate Village that dropped 25% in value.

2008 - My son, Elliot now 22, moved from Electronic Arts to Rockstar Entertainment who grossed over 500 million dollars on one game. I always told him to, love what you do 'cause you might be doing it for a long time. He is still going to work to play plus getting paid well so I kicked him out of the family nest and had him move into his 1 BR condo in Brentwood. He's doing well flying solo.

2009 - My daughter, Meisha now 25 and still in L.A. got a role and is an assistant choreographer in a Nickelodeon production(producer's of Sponge Bob) for a 24 episode show for kids 3 to 7 years called Fresh Beat Band currently playing on TV in 2010. She's the little Chinese girl with the big smile.

2009- In January even though the market had not recovered I felt the timing was right to purchase #10 REIP which is a Live/Work townhouse right beside the other one I own at the Legacy Towers in Burnaby. This will be my final REIP because my wife, Wendy, says I can't go shopping anymore. 10 is enough!

2010 - Rubber ball recovery well underway and passing their last peak reached in late 2007/2008. My REIP portfolio has withstood the downturn which I never doubted and that's what it's all about!

2010 - In November I couldn't help myself and bought a # 11 REIP pre-sale at Wall Centre False Creek which will complete 2013. Also, my son, Elliot, bought his own 1 BR at Wall Centre False Creek because his office is next door. This will be his third property at the age of 24. He's well ahead of where I was at his age. Sometimes it's not how much you make but how you invest your savings that determines your future.

2012 - Another great year in my 33rd year of being in business. Having a great balanced life of traveling the world and also helping my past clients and new referrals sell and buy real estate. Keeping healthy, reading up and studying all things that help keep cancer at bay by strengthening the immune system.  My real estate investment properties (REIP's) are up in value, mortgage balances are all getting paid off, rents have increased over the years and tenants are happy.

2012 - In March, my wife, son and I went to NYC to watch our daughter dance on Broadway for Fresh Beat Band, right in Times Square at the Best Buy Theatre. Proud daddy!

2014 - I had a great first 1/2 of the year but a quiet last 1/2. Luckily I have learned not to get too stressed, be patient, allow opportunities to happen and be ready when they do. I am now financially secure with all my properties are in a positive cash flow position and I have plenty of equity in each. Decided to sell the #12 property in Calgary in March as the market seemed prime and my sister, who manages the property, is retiring to Mexico 5 months of the year. In Aug 2014 oil prices plunged and house prices followed. What timing! We sold for $345,000 so we made a 100% return in the 3 years equalling a 33.3%/year return. Came across an undervalued condo in Brentwood and bought #12 REIP. It is a 2 BR totally renovated for $208,000 and rents out for $1325/mth

2015 - I purchased #13 REIP. A little 1 BR condo in the Cambie Village area. An incredible year in Vancouver with home prices going up as much as 50% from Dec 2014. It's great if you already own real estate and a challenge if you don't. A lot has happened in the last 10 years! This year I was able to reach my donation goal of $5000 to pay for a Generosity Well which will provide fresh water to a village in Ghana. CLICK ON HOME PAGE GENEROSITY WELL LOGO TO LEARN MORE.

2016 - The market has not missed a beat for the first and second quarters and prices keep on looking skyward. Many people are taking the opportunity to sell out of their multi-million dollar home and downsizing. For me, I just bought #14 REIP. A 3 BR condo pre-sale in the Burquitlam Capital development located by the future Burquitlam skytrain station. I figure people will need an affordable 3 BR home under a million dollars.

2017 - After a slowdown in the fall of 2016 due to the 15% foreign buyer's tax being introduced in June 2016 the market got back up into a running position again in 2017 with strong price increases. There was a slight slowdown in the detached homes where prices dropped as much as 15%.  This year turned out surprisingly well for my sales. I'm busy renovating, property managing my own and family's properties, helping my clients sell and purchase homes and mentoring new salespeople and investors.

2018 - The market has it's ups and downs. Throughout the first half, it had seen its ups and the last half has seen its downs creating great opportunity to buy and negotiate a good deal.

2018 - My son, Elliot, who works for Rockstar Video Games finished his 4-year project on Red Dead Redemption which had the highest-grossing 3 day opening of $725, million dollars. It is currently over 1 billion dollars in sales. A VIDEO game!!!! Who would have thunk!

2019 - Over the last 40 years I have gained a wealth of experience in all aspects of real estate sales, business management, property management for both commercial and residential, building/renovating, project marketing, court-ordered sales, estate sales, property investment coaching and real estate sales mentoring. As the saying goes, "Do something you love and you'll never work a day in your life!"
In November, after a year of battling cancer, my renovating buddy, Wayne, passed away from lung and brain cancer.
I'm continuing my diet to a 90% whole food, non-GMO plant-based, non-dairy and 10% grass-fed organic meat. being active in work and at play and above all being as healthy as I can be. I hope you do the same. A good reference is www.nutritionfacts.org.

2019 - A big break for my daughter, Meisha, landed an Associate Producer job for the TV show The Masked Singer for the 2nd and 3rd season. Her transition from Dancer/Choreographer to Director/Producer is going well.

To Whom It May Concern,

When my wife received a job across the country we realized we had a million things to take care of, not the least of which was the renovation and sale of our Vancouver condo.

One of our friends had utilized Thomas' services and earnestly recommended him. We met with Thomas and explained our seemingly overwhelming challenges to him. Thomas walked us through the process step by step and we immediately felt comfortable and in control.

Thomas assisted us with everything, even going so far as to put us in touch with a contractor for the necessary renovations, and helping us pick out the flooring and blinds. He even went so far as to accompany me to the store to select and purchase the materials.

Thomas continued to work with the contractor after our departure and kept us abreast of the progress. Once the condo was ready, Thomas quickly listed it at the price we had agreed upon and less than a week later the unit was sold.

Thomas assisted us with the subsequent paperwork and processes, and notwithstanding we were now 3000 miles away, all of the paperwork and payments were efficiently and correctly processed.

We can't stress enough how helpful and professional Thomas was throughout the entire process. We would recommend Thomas to anyone buying or selling a property.

It's been a month since we got possession of our new home and now that we can take a break, I wanted to take this opportunity to thank you for all your hard work.

It was a long process of waiting for the perfect place to present itself and finding a neighbourhood that fit our needs. After a year of looking, and when prospects dwindled, you kept reassuring us that we would find our place. We are both grateful for your optimism and perseverance!

Working with you was a great pleasure and your insight in the real estate market was invaluable and kept us focused on our criteria.

After our successful purchase, you ensured a smooth transition into our new home.

We really appreciate everything you have done for us.

Remember,  to become wealthy "Don't wait to buy real estate.... buy real estate and then wait!"  or as Wayne Gretsky would say, "Skate to where the puck is going; not to where it is."

"Experience to Serve You Better"